Posted at 21:24h in News and Events, Other news by Stefan Plavsic

Thanks to the new Public Procurement Portal, Serbia obtained a modern system for management of public procurement which is transparent, easily available and fully aligned with EU regulations.

This is joint opinion of participants of the final conference of the project „Support for further improvement of public procurement system in Serbia“ held today which is financed by the European union with 3.2 million EUR and implemented in cooperation with Public Procurement Office. 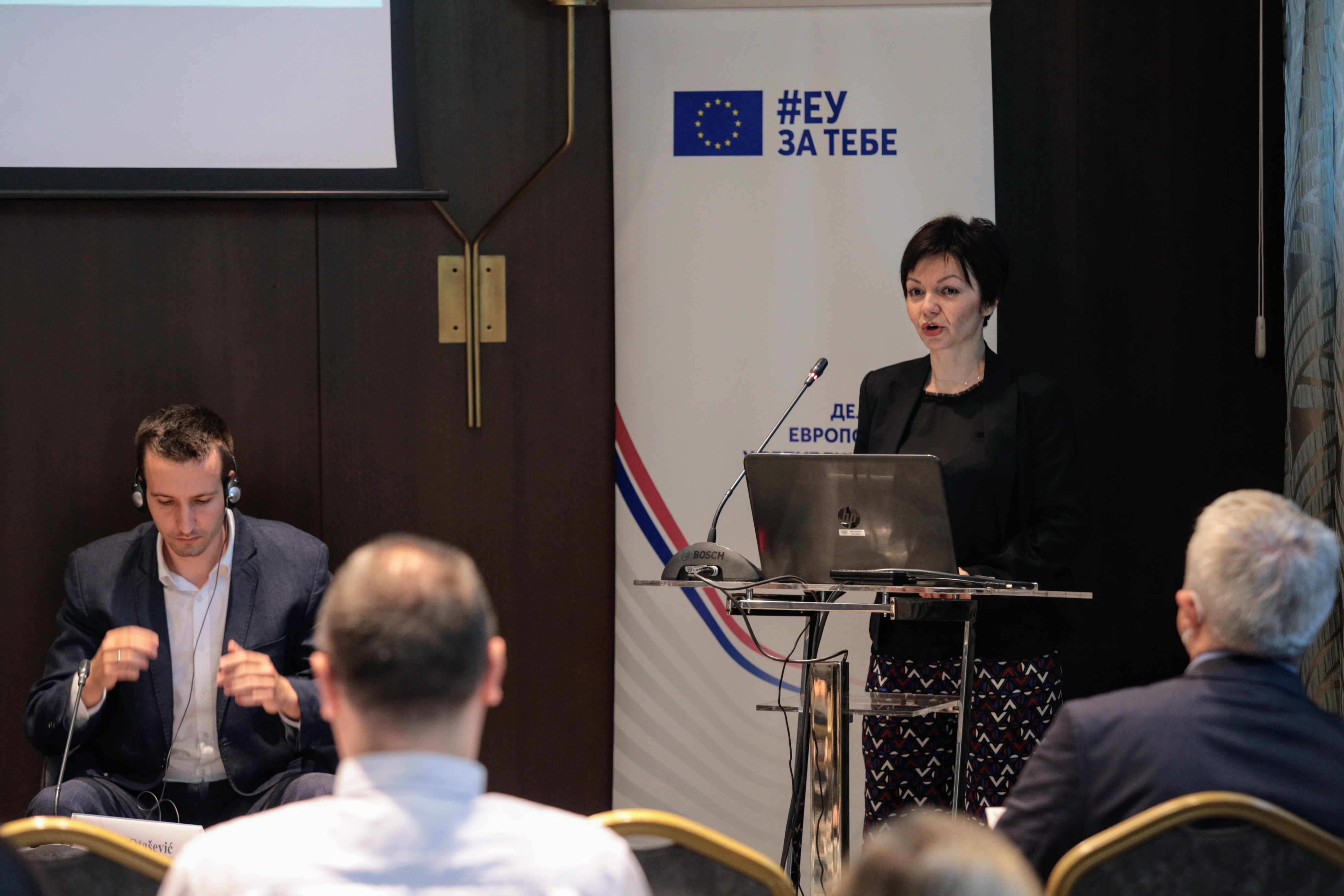 Marko Jovanović, assistant minister of finance and head of Sector for contracting and financing EU funded programmes has said: „From the aspect of the Sector for contracting and financing and from my experience I can say that this type of projects is crucial from the aspect of transparency and competition, with project such as this it is made easier for economic operators to compete for public contracts, which brings us to healthy competition which leads to reducing of prices and costs, better quality of goods, services and works and so on. I am proud we have gone one step further with this project and modernised at times complex bureaucratic job, and made it easier to tenderers and staff of the Public Procurement Office“.

Teja Kolar, team leader emphasised the most important results of the project, from the support in drafting the new legal framework, new Public Procurement Portal used by more than 25000 users, to the series of trainings held and producing great number of practical tools for application of the new Law. „Team of experts of the Project organised and held together with the Public Procurement office more than 50 workshops, seminars webinars, conferences and round tables participated by more than 3000 people. The Project produced more than 140 guidelines, instructions, analysis, models, reports and video tutorials on different aspects of public procurement with emphasis on practical implementation of the Law and the Portal. Video tutorials and other online available content has been viewed by more than 85 000 times so far. More than 76% of users of the Portal have assessed user support provided by the Public Procurement Office adequate and she has congratulated the Office on the great work“.

Of great importance is also ensured sustainability of the established system and possibility of its long-term use by the great number of users, contracting authorities and tenderers, on one side, and entire interested public, on the other. New system will contribute to achieving the best value for tax payer’s money, but also reducing risk of irregularities in public procurement. Serbia has gained a tool for further fight against corruption and irregularities in public procurement.